How to Skip Allergies This Year

"The lung, as the interface between the atmosphere and the rest of the body, is particularly vulnerable to oxidative injury. In addition, the lung shares with other organs the risk of injury due to infections, inflammation, ischemia-reperfusion, and other insults. Lungs therefore require potent defense mechanisms, and in fact have higher levels of antioxidant enzymes than almost any other organ." – Morse D, Choi A, 2005

Allergy Statistics
According to the American College of Allergy, Asthma & Immunology website, allergic rhinitis, which is also known as hay fever, affects around 50 million people in the U.S. that results in over 13.4 million visits to various health professionals. That's a cost of around $7.9 billion. The American Academy of Allergy Asthma & Immunology estimates around 7.8% of American adults and from 10 to 30% of the population across the globe suffer from symptoms of allergic rhinitis. It is also estimated that one out of every five people in the United States show symptoms of either allergy or asthma and allergy testing shows 55% are positive for at least one allergen. Allergies are listed as number 5 on the list of chronic diseases.

Antioxidants and Allergies
When you come into contact with an allergen, your immune system treats it as a foreign invader and creates antibodies to fight it off. With continued exposure to the allergen, the antibodies then react, triggering the release of histamine which creates inflammation causing tissues around blood vessels to tighten and fluid to escape. The escaping fluid causes the symptoms you experience such as a runny nose, itchy watery eyes, and sneezing. This cycle and the resulting inflammation has lead experts to research the role that free radical damage may have in allergic reactions and the role antioxidants could play in reducing the symptoms of allergic rhinitis by fighting off damaging free radicals. Among the primary antioxidants undergoing research for allergy relief are beta-carotene, vitamin C, vitamin E, flavonoids, zinc, quercetin, and selenium. This research stems from the thinking that antioxidants can help control histamine release and is supported by studies such as the ones done with the flavonoid quercetin, found in red wine and red grapes, grapefruit, red and yellow onions, raspberries, cranberries, apples, and black tea, reporting it may work similar to the drug cromolyn for reducing allergy symptoms and cited as having anti-inflammatory and anti-histamine properties. In general, brightly colored vegetables and fruits are a good source for a variety of antioxidants. If you aren't able to get enough antioxidants from your diet alone, whole food supplements are another alternative. AFA bluegreen algae is a great source by itself for many antioxidants such as vitamin C, vitamin E, beta-carotene, superoxide dismutase, and glutathione and for even more antioxidant power this antioxidant algae supplement, that is rich in chlorophyll, glutathione, enzymes, vitamins, minerals, and phytonutrients from its combination of kale sprouts, red clover sprouts, concentrated wheat sprouts, and Dunaliella salina algae can provide an extra antioxidant boost. Research from Massachusetts General Hospital, affiliated with Harvard Medical School, reports that algal oils administered to rats were able to significantly reduce arachidonic acid known to produce leukotrienes that trigger allergic reactions and that contribute more to constricting bronchial tubes in asthma than histamine. Another study reported beta-carotene from algae extract every day reduced symptoms of exercise-induced asthma in 53% of the participants. Allergy relief can also come from herbs such as rosemary, basil, oregano, lemon balm, sage, marjoram, peppermint, and thyme that contain rosmarinic acid which has anti-inflammatory and antioxidant properties. Research on rosmarinic acid reports that it can reduce reactions to allergens by stopping immune responder cells from being activated.

Essential Fatty Acids and Allergies
Omega-3 essential fatty acids and omega-6 essential fatty acids are both needed for the body to perform well. The balance of these two EFA's is critical however. The difference between them is how many carbons away the double bond is from the nonpolar tail in the molecule. This is where the number 3 or 6 comes in. Omega-3 is three carbons away and omega-6 is six carbons away. Most experts agree that we need twice as many omega-3 fatty acids as omega-6 and research indicates that a diet with a lot of omega-3 fatty acids can help reduced the risk of allergies as it has anti-inflammatory properties. Omega-6 fatty acids are known to contribute to inflammation however and a diet high in these can increase allergy symptoms. That makes getting the right ratio of these two essential fatty acids important, especially for allergy sufferers. To get less omega-6 in your diet, you can avoid vegetable oils, fast food and junk food and increase your diet in omega-3 fatty acids by adding foods such as fish like salmon, cod, halibut and mackerel, flaxseeds, walnuts, soybeans, and oils such as olive and flaxseed. You'll also find the right ratio in AFA bluegreen algae which is rich in EPA (eicosapentaenoic acid), DHA (docosahexaenoic acid), and ALA (alpha-lipoic acid) omega-3 fatty acids, none of which our bodies can make on their own and must be obtained from foods or supplements. A study using a survey from the National Center for Health Statistics (1996) reported those surveyed who used algae supplementation showed less allergies, skin conditions, and asthma.

Don't be one of the millions that suffer from hay fever symptoms. Using natural solutions with some simple dietary changes can give you the edge to help deal with your allergy symptoms.

If you enjoyed this post, please consider leaving a comment or subscribing to the feed to have future articles delivered to your feed reader. Also, check out the free health resources or order blue-green algae products  on our website.

Posted by Alan Joel at 7:30 AM No comments: Links to this post


"...Food is not just calories; it's information. It actually contains messages that communicate to every cell in the body."     ~Dr. Mark Hyman 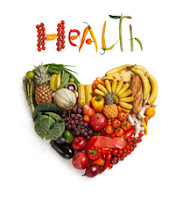 Bottom Line: You'll begin to notice over time that it's a bit easier to think of your health as your friend, as something you enjoy and work with every day.

If you enjoyed this post, please consider leaving a comment or subscribing to the feed to have future articles delivered to your feed reader. Also, check out the free health resources or order blue-green algae products  on our website.

Posted by Alan Joel at 8:50 AM No comments: Links to this post